CHRONIXX LANDS IN THE BIG APPLE 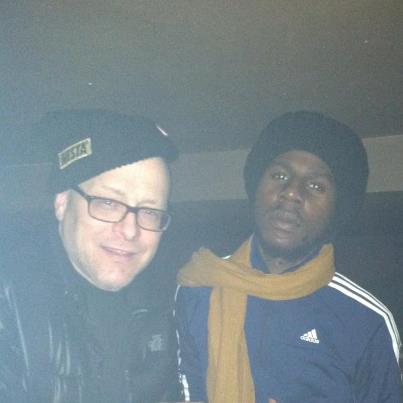 Chronixx & Zinc Fence band will be back in North America in May to tour for the 1st time at Best of The Best in Miami & all around the country.
—–

In celebration of Vybz Kartel’s recent Youth View Award, Ghetto People Publishing, a Division of Whirlwind Entertainment; has gone ahead with plans that they had made with Vybz Kartel nearly two years ago to start a Scholarship program beginning in Kartel’s hometown of Portmore and then extend the effort through the “inner-cities” of Jamaica.

“Firstly, I want to make it absolutely clear that we DO NOT want any contributions from anyone. While it is appreciated, we do not want anyone to turn Kartel’s positive work into negative accusations – all funding will come from the sale of the books or out of our pockets. Secondly, this is something Addi and I wanted to do whilst writing the book but things have obviously been on hold. I haven’t visited Addi since the award but I am sure he would agree that this is the right timing and we won’t wait any longer. The youths of Jamaica have given him this award and I know he wants to give back,” explained Kartel’s co-author and business partner Michael Dawson.

A committee will be appointed to go through the details but Dawson mentioned that Kartel always lamented about youths he knew in Portmore that passed their GSAT but had a hard time finding the money to facilitate their high school entrance. Therefore, to get it started, they will fund the book lists, auxiliary fees, uniform allowance, stipend and other incidentals for at least one young male and female successful candidate in the GSAT for the upcoming school year. They plan to expand the program and hope that one day not one child in Jamaica will not be afforded an education due to lack of funds.

Kartel continues to maintain his prominence in youth causes even though behind bars. A song recently released by So Unique Records featuring him and Gaza Slim is blowing up on social media. His book is referred to in many reviews as a “cry out for Jamaica’s youths” – one Florida newspaper Editorial compared his book to a piece written during the French Revolution defending the poor, and his soon to be released CD from the book “Voice of the Jamaican Ghetto,” will be the first CD of its kind with a special message to the youths. Ghetto Youth Tribulations, Poor People Land and Struggling are some of Vybz Kartel songs dedicated to the poor that cannot seem to get airplay. Dawson stated it’s a similar situation with the book. While it’s gotten worldwide reviews from Europe to Australia to Africa, Jamaican journalists are afraid of it because they cannot “knock” the book the way they do everything else from Vybz Kartel so they just don’t say anything. To quote Dr. Garth Rose writing in a US based newspaper, “Some may not like the lyrics of Kartel’s music, but there are serious social messages in The Voice of the Jamaican Ghetto.”