At about few minutes after 11 am today  Mavado tweeted:

Charges against me dismissed in court today, to God be the glory 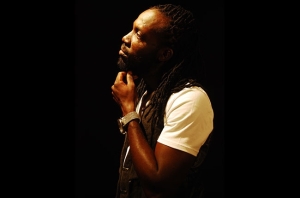 During the hot summer months when numerous events are held, it is customary for a number of songs to rule the season. However, only a few songs have been able to hit the mark so far.

Summer officially begins during the third week in June, but by now numerous songs that have been made specifically for this time of year would have been making their way into people’s hearts and getting regular spins on the turntables.

But for selector Boom Boom, only three songs have been doing well so far. High on the list of summer songs are Mavado’s Weed & Hennessy, Ding Dong’s Celebration, which features I-Octane, Konshens and Chris Martin, andUnruly Rave by Popcaan.

“The Mavado, Popcaan and Ding Dong songs a do well, but the people still a work wid di last year songs and the ones from year before last. A dem have the real impact, a dem the selectors still a juggle and a dem a mash up the place. A summer already so mi nuh see no improvement a come,” he told THE STAR.

According to DJ Smurf, there are some songs on the topic of summer “weh can gwaan wid a ting … but is not generally the biggest songs in any party.” The Summer songs he mentioned were Popcaan’s Unruly Rave, Mavado’s Weed & Hennessey, Blak Ryno’s Real Vibes and I-Octane’s Happy Times.